The Crossness Sewage Pumping Station was constructed between 1859 and 1865 for the Metropolitan Board of Works. The Board’s chief engineer Sir Joseph Bazalgette and architect Charles Henry Driver designed the project, and it was built by William Webster as part of Bazalgette’s redevelopment of the London sewerage system.

The pumping station raised the incoming sewage by 9 to 12 metres, using four large steam driven pumps. The building features ornate iron work and was described by Pevsner as “a masterpiece of engineering – a Victorian cathedral of ironwork” 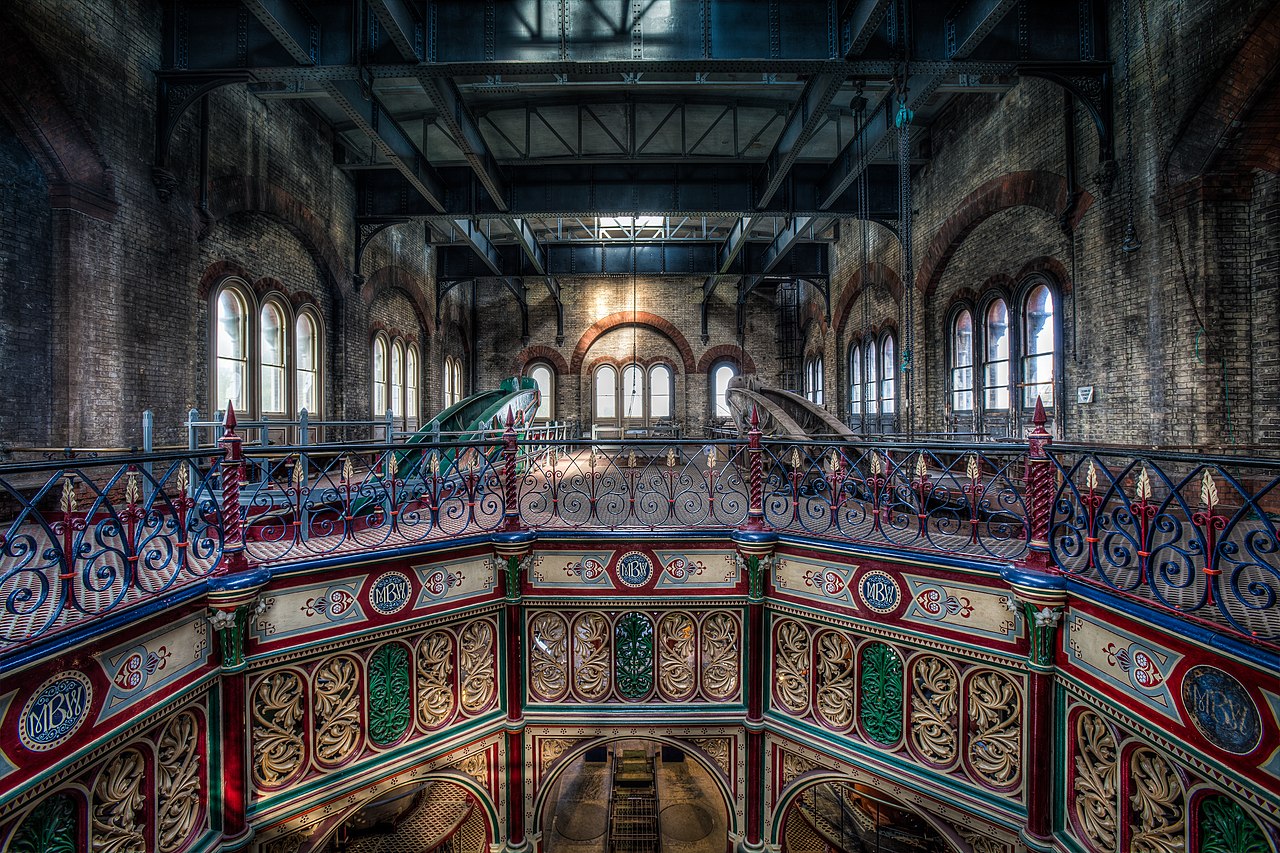 Interior of the pumping station
(click on the image to enlarge)