Domesday Book records that in 1086 the manor of Eltham belonged to Odo, Bishop of Bayeux, half-brother of William the Conqueror. The estate changed hands several time until Anthony Bek, Bishop of Durham, received it in 1295.

Bek rebuilt the manor house and constructed a perimeter wall of stone and brick within the line of the moat. Excavations in the 1970s revealed cellar and the remains of Bek’s great hall. Bek presented to manor to to the future Edward II in 1305 who later presented it to his queen, Isabella. Considerable improvements were made during Edward’s reign.

During the 1350s and 1360s a number of alterations were made and new royal lodgings were built. In the 1470s Edward IV commissioned a new Great Hall and it is this building that survives.

During the 17th century the buildings were poorly maintained and this decline continued as the estate was used a farm. In the 19th century a large villa was constructed by the north bridge and in 1859 a gentleman’s residence, Eltham Court, was built beside the great hall.

In 1933 Stephen and Virginia Courtauld took over the property and built a new house on the site of the 19th century buildings, while retaining as much as possible of the medieval remains. 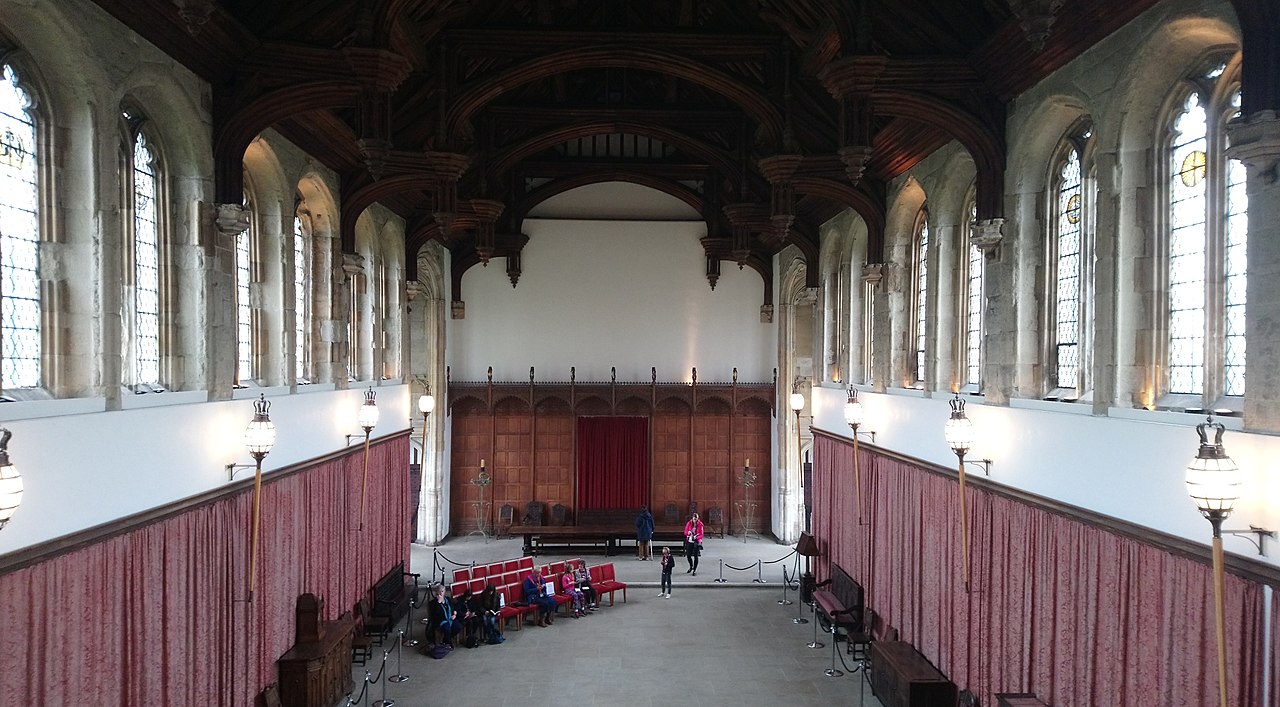 The Great Hall
(click on the image to enlarge)