The Tower of London

A fortification was founded here late in 1066 following the Norman Conquest. Together with Baynard’s Castle, which stood where the Roman walls and River Fleet met the River Thames, the two fortifications were positioned to control London.

The White Tower (which gives the entire castle its name) was built by William the Conqueror in 1078. The White Tower was contrsucted with its strongest defences overlooking Saxon London. 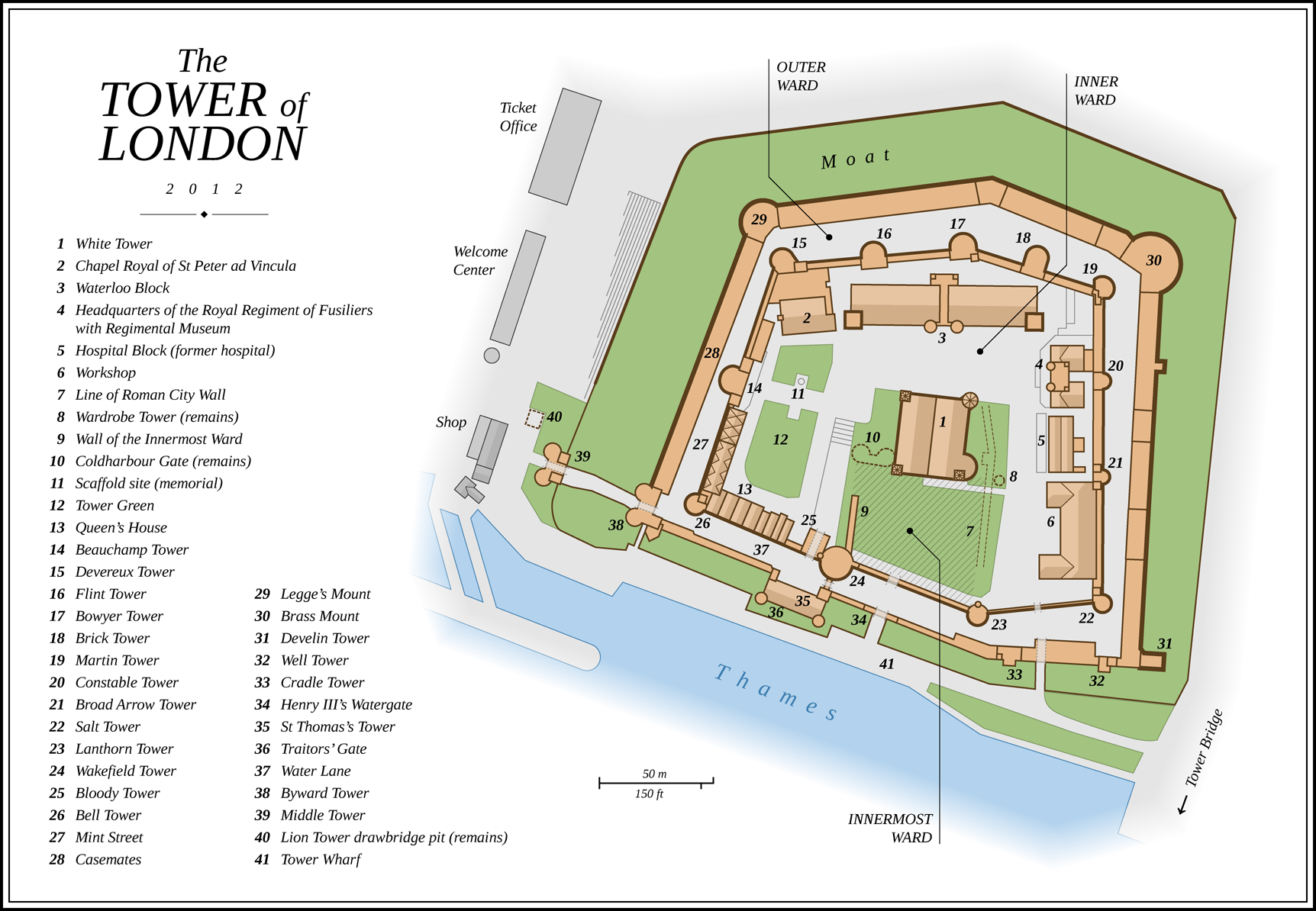 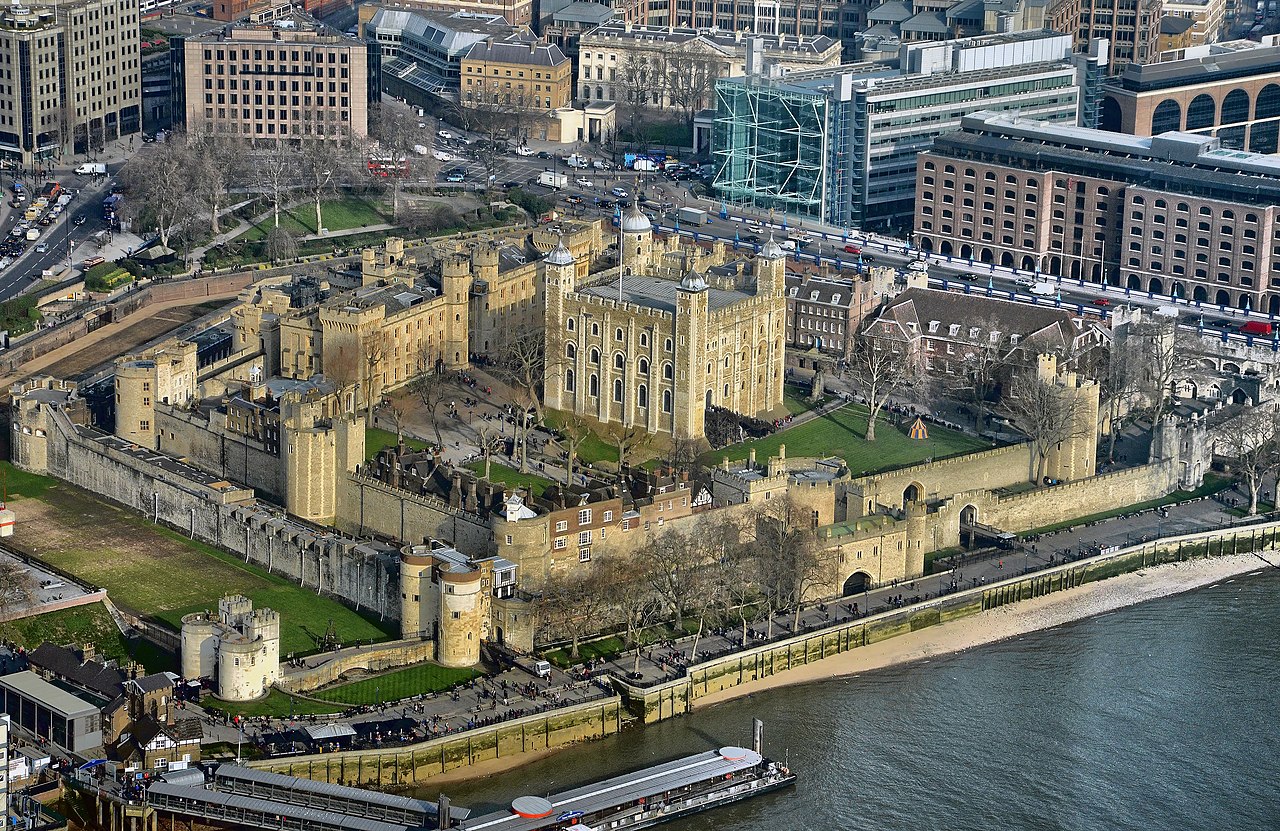 Tower of London
(click on the image to enlarge)